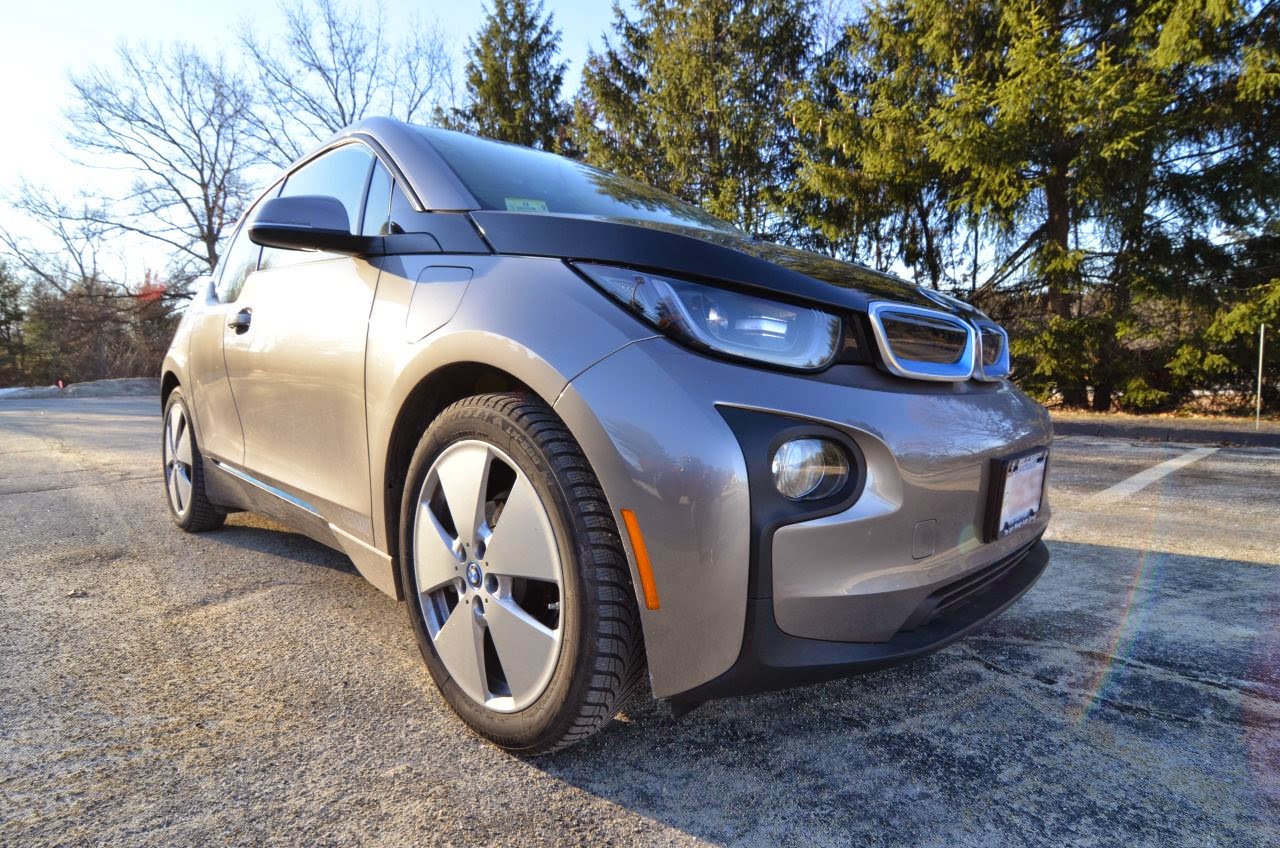 The BMW i3 is the marque’s first foray into the world of mass produced 100% electric vehicles. Though the category is small the i3 shares some diverse company. On paper it looks like something of a cross between the Tesla Model S luxury sport sedan and the economical Nissan Leaf. I was glad to have the opportunity to come to my own conclusions about the i3 through BMW’s extended test drive event. In the interest of full disclosure, I have owned a few BMWs and would consider myself a fan of the brand.

Equipment and Capacity
The model I was given is the “Electronaut” edition. It’s loaded with navigation, DC quick charging, heated seats, interior bamboo accents and blue Electronaut branding everywhere. Aside from the bamboo accents most of the dashboard and some other areas are covered in what looks like unfinished fiberglass. The result in look and feel gives a disappointingly cheap vibe. I’m sure it’s some sort of ultralight material but my past experience with the brand left me wanting a more up-market feel. The dashboard is enormous, mounting a radar detector took all of my 6’2” height and reach to complete. The cabin is spacious given the diminutive exterior dimensions of the car, it can comfortably seat 4 adults. The rear suicide doors and flat floor eases loading and unloading of children however if you have a rear facing car seat expect huge challenges getting your baby into it. Your best option if you only have one child is to sit in the opposite rear seat to load him or her. Attempting this from the exterior is very difficult as our seat left about an 8 inch sliver from its side bolster to the C pillar of the car with which to wedge a baby in sideways. Lighting in the back seat is dismal leading to lots of fumbling with seat belts and harnesses.

There is very little in the way of cargo space. The trunk can fit 2-3 medium luggage pieces and the front cargo compartment is only large enough to contain a bag with the charging adapter, air compressor and towing materials. This is probably for the best as that compartment is not protected from the elements. As far as I know the iDrive system is similar to what you get on other BMW models and is reasonably easy to control. As a car and tech nerd I was hoping BMW would provide a more connected experience with the i3. Wifi, a web browser, apps, Google/Apple integration, over the air updates and detailed diagnostic information are all missing from this iDrive system. Bluetooth audio and an aux jack is nice but I expected more from such a technologically advanced automobile.

Performance and Handling
Having driven a wide variety of cars I would classify the i3 as quick. In sprints from a standstill there is a very brief hesitation when fully depressing the go pedal and then the torquey electric motor quickly places you into your seat. It’s not about to blow the doors off of a Porsche 911 but it’s more power than I was expecting. The instant torque and lack of transmission makes the car a blast to drive if you can manage not to concern yourself with range. 20-40 and 40-60mph dashes are dealt with in a blink of an eye. The instant acceleration drops off somewhat as you reach highway speeds but the i3 certainly isn’t lacking in the passing power department.
It’s clear BMW took great care in developing the regenerative braking system deployed by the i3. The vast majority of my driving was done with a single pedal. Lifting off the accelerator completely will cause alarming deceleration at first but after about 30 minutes of driving it becomes second nature. The car slows so quickly with no throttle input that the brake lights illuminate. Provided you are a good driver and leave enough space from the car in front, you should never have to touch the brakes unless someone pulls out unexpectedly.
At speed through corners the i3 performs as you would expect a BMW to, flat and composed. The car approaches its grip limits rapidly however. Most sane drivers will never find these limits commuting to work but those that like to drive a BMW as the ultimate driving machines they are may find the i3 to be a bit less ultimate than they expected.
The i3’s steering is super sharp, almost like it’s overcompensating for the lack of the feel a traditional rack and pinion setup provides. There is no dead zone, moving the wheel a millimeter to the left or right off center will have immediate results. Around town and during spirited jaunts it’s quite nice, the steering wheel feels well connected to what the front tires are doing. Highway is a very different story. I needed extra focus to keep the car in the center of its lane, subtle course corrections caused my passengers to sway more than I would like. I wish BMW had softened up the steering for speeds above 50mph. The car is also highly susceptible to crosswinds and tractor trailer wash.

Range and Charging
The i3 gives three economy modes to choose from, Comfort, Eco Pro and Eco Pro Plus. Comfort gives the best throttle feel and response, it’s linear and predictable. Eco Pro deadens the go pedal. It feels like the first half of the accelerator pedal’s travel is really only giving 20% power. This mode is good if one can’t control their lead foot. Eco Pro Plus is downright dangerous and provides no perceived benefit over Eco Pro in my testing. While traveling down the highway I slipped the i3 into Eco Pro Plus and experienced rapid deceleration. Panicked, I pushed the accelerator down harder yet the car kept slowing until the pedal reached the floor which caused the car to rocket forward. Thinking it was a fluke I tried the switch a few more times, making sure there was no traffic behind me. Each attempt on the highway yielded similar results. Around town Eco Pro Plus deadens the throttle so much you could find yourself in a tight spot when pulling into traffic, only to hit a burst of instant torque when your foot hits the floor and the computer relents. I kept the car in Comfort most of the time and used Eco Pro when trying to make it an extra mile or two to a charger.

I feel it is disingenuous to show 86 miles of range when the battery comes off the charger in the morning. As soon as I touched the climate controls the estimated range dropped by about 10 miles, unavoidable in sub freezing temperatures. Even if I wanted to drive with no heat it was necessary to run the defroster at all times to avoid fogging. I averaged about 50 miles of electric range the four times I drive the car to depletion. To be fair most of my driving was highway miles. The model I tested came equipped with the optional range extender. This added approximately another 50 miles of range with a 2 cylinder gasoline generator. While driving around town it’s quiet enough. I had gotten used to the car being dead silent so the rumbling range extender never completely faded into my subconscious. During spirited or highway driving the range extender’s decibels roar to angry lawn mower levels. This alone was enough for me to want to stop for charges on long trips as I didn’t want to deal with the racket. While it’s nice to have the option to use fast filling and ubiquitous gasoline I would much prefer BMW stuff that compartment with more batteries to boost the EV range. The least they could have done was outfit the extender with a reasonably sized gas tank. Doubling its capacity would go far toward alleviating charge anxiety during trips that push the the car’s limit.

The car I tested had the fast DC charging option but I was unable to test it as the nearest capable station was over 400 miles away. Even at 240v the i3 takes several hours to reach just 80% charge. I charged it for 12 hours on a 120v outlet at my home and it only reached about 75%. To my disappointment the provided charger pulled less than 12 amps on every 120v plug I tried, despite some being 30 amp circuits. The car has options to limit its charging rate but everything was set to max on my attempts. Driving the i3 anywhere but around town takes careful planning and frequent charging. A 240v charging station in your home is a must.
BMW offers a free year of access to the ChargePoint network which primarily uses standard 240v EV plugs. It sounds like a generous offer but finding power while out and about was challenging to say the least. None of my travel destinations had charging available for the i3. One shopping area had a Tesla charger but they are incompatible with other EVs. My town has 2 ChargePoint stations which is nice but ultimately not very useful. With the i3’s limited range, charging at your destination is necessary if you want to avoid dipping into the dino fuel.

Cold Climate Ability
I had the opportunity to put my i3’s optional snow tires to the test as we received about 6 inches of the fluffy white stuff during the weekend I had the car. Annoyingly for experienced New England drivers it isn’t possible to completely disable all driver assists. Even with the traction control off, the stability control remains on. This is probably for the best however, the car definitely has the tendency to rotate when the rear wheels lose traction during acceleration. The stability control quashed this behavior nicely, at the expense of forward motion. In spite of this I was able to get around reasonably well on poorly plowed roads. The defroster worked well at the great cost of range. It’s not a Jeep but the i3 shouldn’t leave any competent driver stranded in a typical New England winter.

Final Thoughts
In a competitive and economic vacuum I give the i3 an B+. It’s fun to drive, its range is ok for current battery technology and interior room and accoutrements are acceptable for owners without small children. Though it wears a BMW badge it would be unrecognizable as one without it. There are hints of its Bavarian roots when it comes to performance but it’s painfully obvious everything else about it is geared toward trimming the fat. The result is a cheap feel that probably won’t jive with brand loyalists. If the car were just $5,000 less I might be a bit more forgiving but with a starting MSRP of just over $42k BMW set my expectations high for overall fit and finish. What I want from an EV in this price range is something that looks similar to regular 3 series but with an EV powertrain. Why traditional auto makers insist on saddling EVs with quirky styling is beyond me. I suspect BMW is going to have a very difficult time selling this car once Tesla’s Model 3 is released. Assuming Tesla makes good on its promises, a 200 mile EV range for $35k in a package that will have Tesla’s styling DNA is a much more appealing proposition. If one absolutely needs an EV with a BMW badge and cost is irrelevant then the i3 is a fine choice. Otherwise it’s hard to justify the i3’s slight performance edge and brand cache when you can get similar range, capacity and equipment from its much less expensive competition. 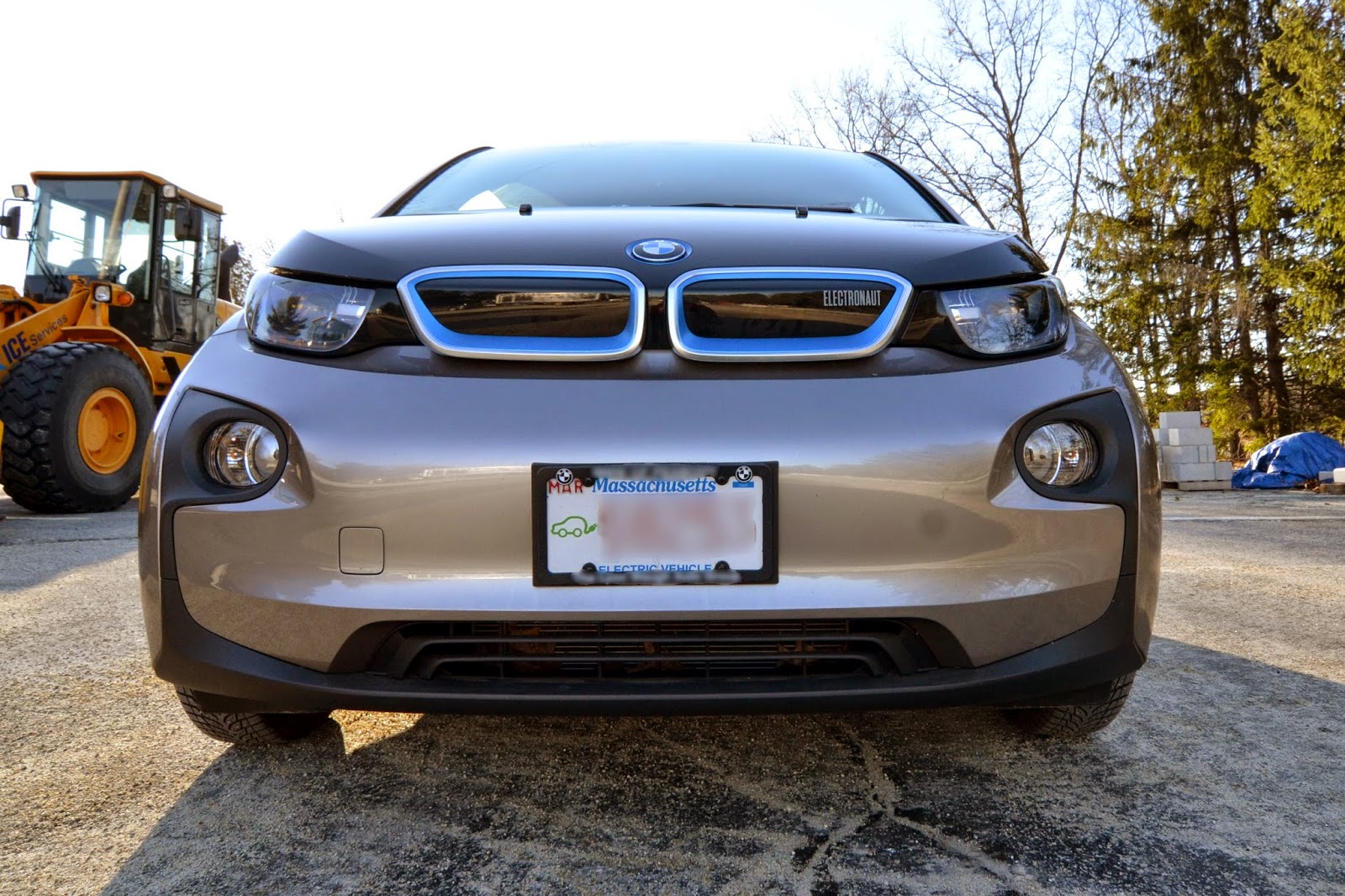 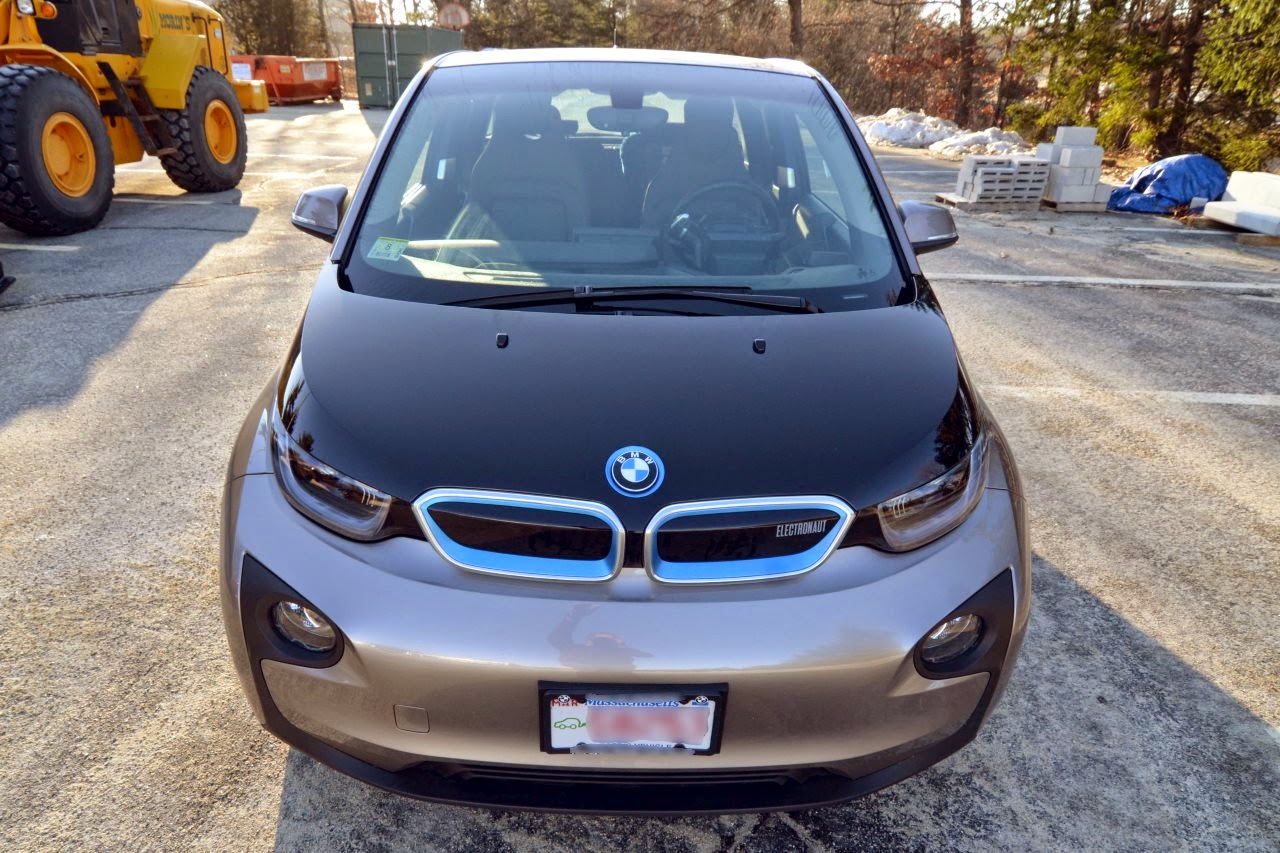 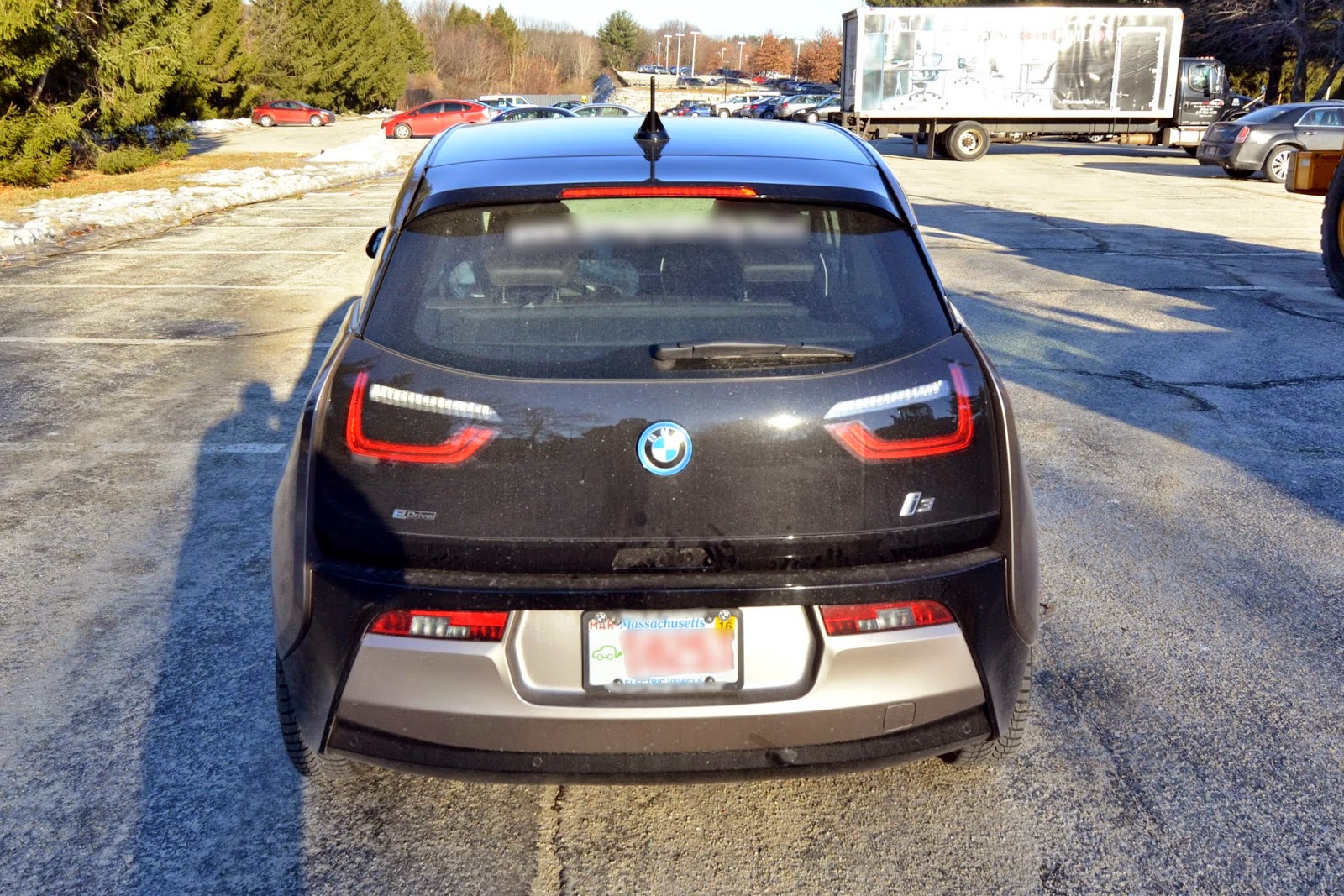 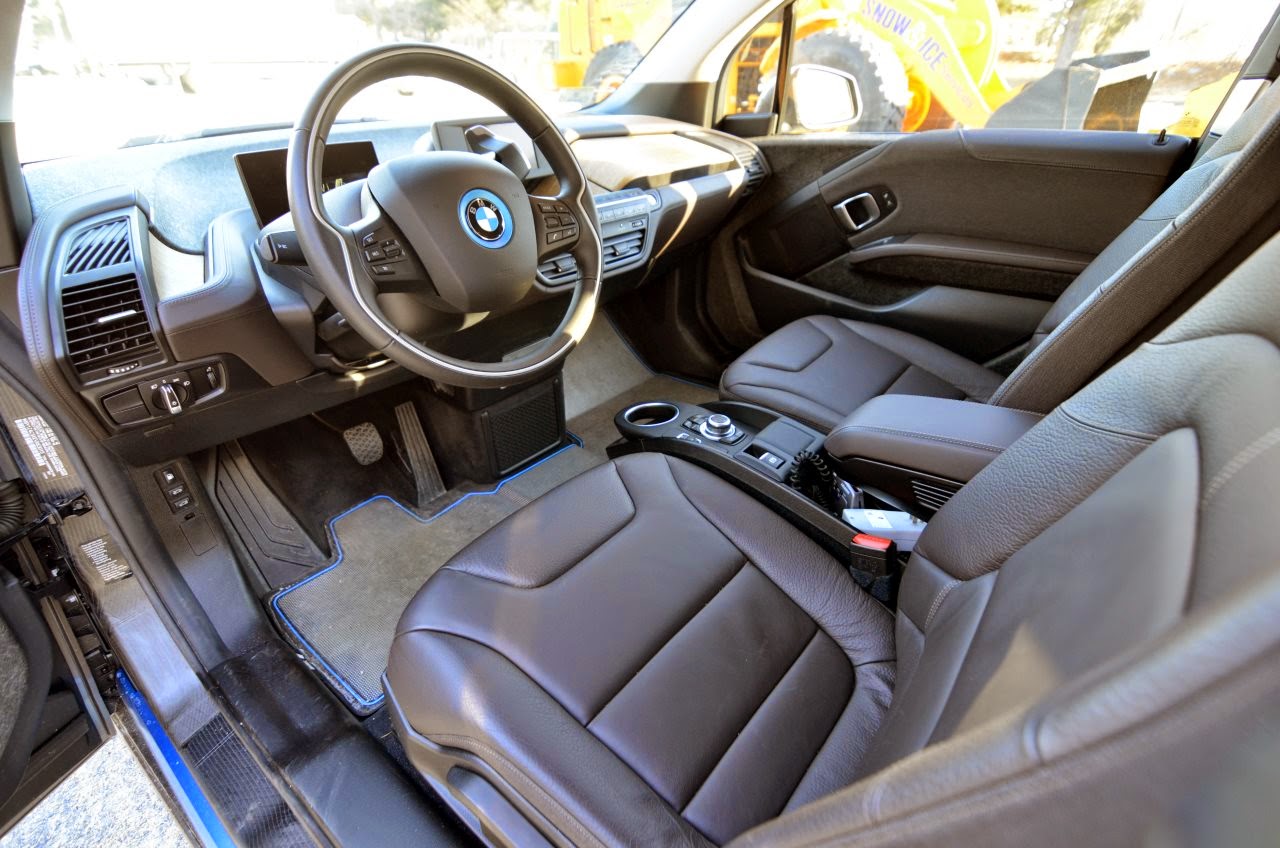 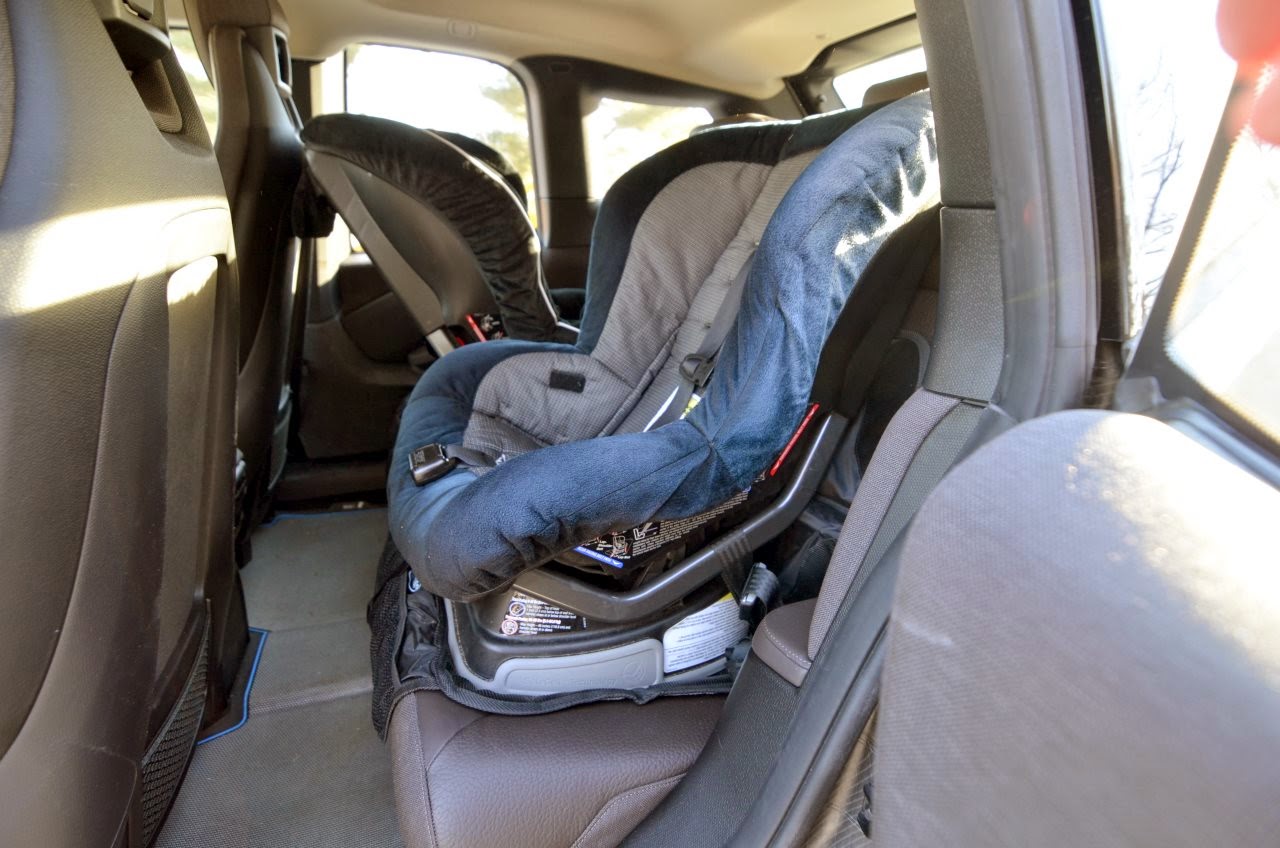 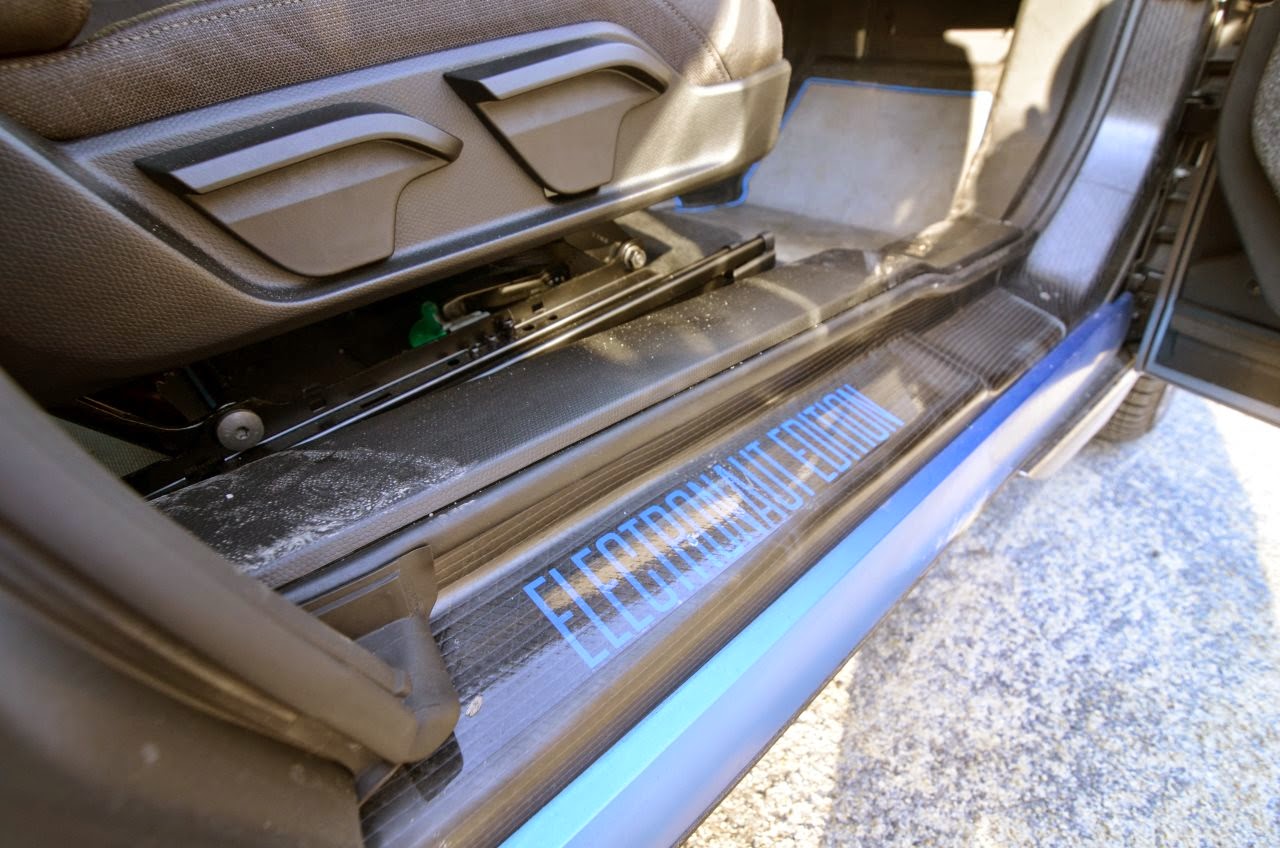 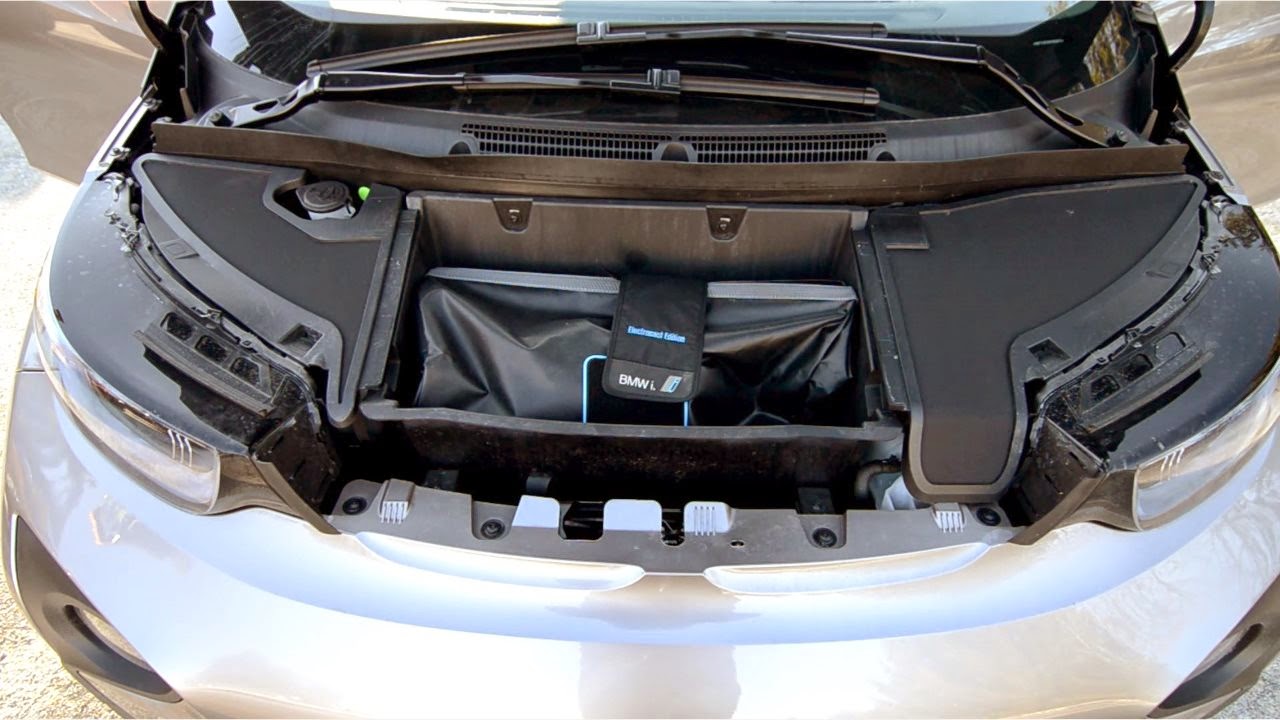 A place for my interests as an amateur photographer, mobile tech enthusiast, professional IT and software tester, hobby blogger and full time family man.